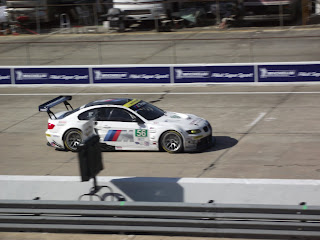 Sebring International Raceway in Sebring, Florida held the 12 Hours of Sebring over the weekend, March 17, 2012. The 60th anniversary Sebring 325 laps of endurance was a racing event full of drama with a dramatic climax for team BMW (Hand/Müller/Summerton). In the American Le Mans Series
GT class, the win was decided in the the last few meters by Joey Hand overtaking the Ferrari of Olivier Beretta for a sell-out crowd.

At 10:30a.m. sixty-two cars started with the green flag. Starting the race, the Audi team(Kristensen/McNish/Capello)dominated the the race. Kristensen now by far the most winning driver in the event’s history. The Pescarolo–Judd team (Bouillon/Collard/Jousse) finished third in the LMP1 class and sixth overall, and Honda took fourth and fifth in the the LMP2 class. (See the full race standings at the bottom of the page.) 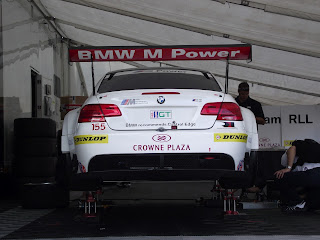 BMW Racing Team celebrated a 1st Place win in the American Le Mans Series GT class, while the Ferrari and Corvette Racing teams finished second & third above the fifteen GT Class entries after running at the front of the heap for most of the race. In the darkness the dramatic last minutes determined the final placement of the 12-hour race. Six cars separated by less than nine seconds in the leading lap after seven hours of racing intensified the GT category racing class for the remainder of the day. 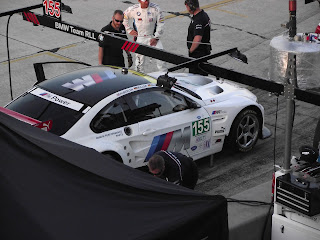 At hour nine, the BMW and Corvette battle commenced, with Corvette leading, the BMW No. 155 second, and the No. 56 BMW fourth, followed up by Porsche and Ferrari. Two hours later the BMWs, Corvettes, and Ferrari had changed their positions with less than a second separating the two cars. The distance between BMWs, Ferrari, and Corvettes changed frequently, however the Ferrari driver passed the BMW and stayed ahead until the last corner as they raced their way through the traffic. The BMW No. 56 Car overtook the Ferrari at the finish line to win the race. 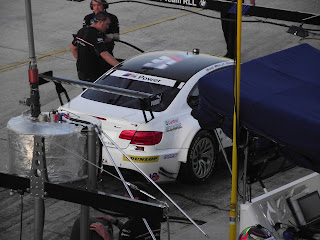 Joey Hand was quoted saying, “After my very long final stint all I can say is this: Once more I put everything on the table. Now I feel really exhausted, but obviously very happy. My left knee aches from braking. My tires had hardly any grip left but I knew that we could make it. We didn’t have the ultimate performance today, but our consistency and our great pit stops had already been our big strength last season. This was the same today – and now we can celebrate.” - Sports Car Digest. 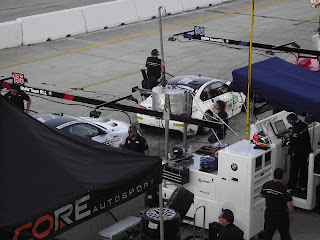 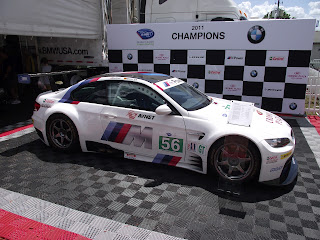 ABC televised the Mobil 1 Twelve Hours of Sebring on Sunday, March 18. Jonathan Daniels, our parts & tech specialist at BMP Design, witnessed the event in it's entirety, as well as the pre-race qualifying laps from the pit boxes and various track locations taking dramatic race coverage photos, while meeting drivers, and getting great behind the scenes photos.

"The race truly was an exciting experience, I was able to meet and talk to many of the drivers and crew members for such teams as BMW, Audi, Chevrolet, and Aston Martin, not to mention many of the Ferrari and Porsche sponsored teams. This was an all around event that not only featured these great drivers and their amazing cars, but also many smaller support races along with sponsor events and giveaways. Now we can only hope that the BMW teams continue to accumulate as many points as possible this season in the GT Class.", comments Daniels, and we at BMP are proud to bring you coverage of this historic Sebring 60th Anniversary motor sports event.